When will Jesus Christ Return?

When will Jesus Christ Return?

Could Jesus Christ really return in my lifetime? 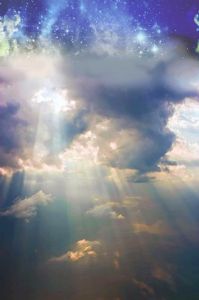 When Jesus Christ told His disciples of His impending death and resurrection, He also promised that He would go to His Father's home and then return to bring in a completely new era.  They naturally asked asked Him how they would know when He would return. His answer was clear - no-one would be in any doubt of His return!  He told us and them of many signs that would happen before He returned ...

How do we read the signs?

Words in blue italic print are recorded in the bible, in the book of Matthew; chapter 24 vs 4-14.  The New Living Translation is used here.  There are similar passages in other bible books.

(The words in blue italic print are recorded in Matthew 24:4-14 NLT)

(The bible teaches about the coming of Jesus Christ and of His return in many places, written over many centuries by different authors. The amazing agreement in completely differing accounts is one of the major reasons for believing that God Himself inspired the bible).

Jesus said that no-one, not even He Himself, knew the date that His Father in Heaven would choose for Him to return - but that we should always be prepared!

The best way to prepare is to start immediately to follow Jesus Christ, to join an active church, to read the bible (God's Word to us) and to pray.  CHURCH@Claremont will be pleased to guide you on that journey - but don't delay.  The end could be nearer than you thought!

Don't be Fearful - be Expectant!

For the Christian, the return of Jesus Christ is just the beginning of an amazing adventure culminating in the joining in marriage of Christ and His faithful people (the Church) and the revelation of a completely New Heaven and a New Earth, built the way that God always intended, where sin, decay, sickness, famine, fear and death no longer have a place.  That's not a threat - it's an amazing promise!